Update: We’ve been hard at work and have a newer version of our crawler, don’t worry though we’ve updated all the download links across the site so you won’t get an old version.

This is a big release for us and for you! As crawler limits have been lifted.

Known Bugs
There is a problem with H1 detection we are aware of this and will be releasing a new version fixing it soon. 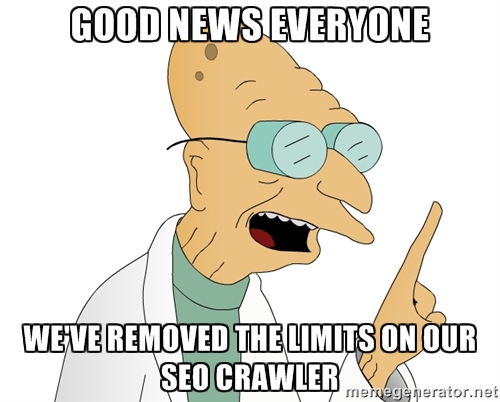 We put a lot of effort into making this so if you’d share it now that would be great!

Find a bug, got an idea or any comment?

Put it in the comments or goto our contact page!

Download our discontinued SEO crawling tool. It still works but is not any active development at all. We also will not provide any support at all in installing it.